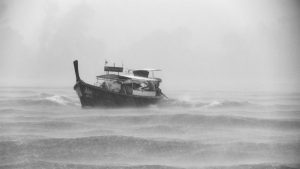 Adversity invites us into the unknown; the hero’s call to adventure! As we face uncertainty, how can we set an anchor in the storm? A ritual of stability?

The COVID-19 pandemic was declared just over a month ago on March 11th, and I don’t know about you, but this past week was particularly challenging for me in it’s continued lack of normalcy.

Last night, I joined five inspiring women and fellow meditation teachers on a Zoom call to connect and reflect on our experiences so far.

It was healing to be openly human with one another; to acknowledge the challenge, the self-medication, the regression to old coping strategies…and therein the opportunity to practice self-compassion and acceptance of a reality outside of our control.

Humans tend to thrive on routine. Habits and rituals give us a sense of stability in the midst of the unknown.

During these particularly uncertain times, it’s been helpful to throw out some extra anchors. 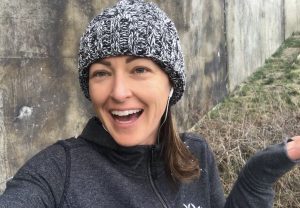 Today I ran for the 7th day in a row.

It started with a spontaneous short run last Saturday, turned into a Resiliency Field Trip challenge to continue the torture daily, and then I realized on that call last night that it had become one of those stabilizing anchors.

Each day, it’s the first thing I’ve done (after coffee, of course). Just a quick dose of intentional discomfort between one and four miles. Just 10 to 30 minutes of the day (it feels much longer). A few yoga stretches after I get back, a brief meditation, and then another fresh cup of coffee.

After that, I feel…alive. As opposed to the surreal, zombie state that can settle in after several days of zero physical interaction with other humans and limited time outside of the house, in the midst of which I started up a book club with the neighborhood stray cat who lives under my porch.

The day can then unfold in whatever direction it needs to.

On some days, that has amounted to a whole lot of nothing as I recharge and allow down time (hard-fought reframes of my automatic self-talk about being lazy and a failure).

Without realizing it initially, this little morning resilience ritual this past week has saved my sanity.

Perhaps there is an opportunity to throw out your own anchor for the storms still ahead as we continue forward together, while at least six feet apart. ​

Therapist Q&A: Why can't I just stop?! I have no willpower.