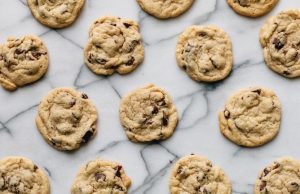 Question: Why is it that I never seem to have enough willpower over changes I am highly motivated to make?

We’ve all beat ourselves up for bad behaviors we had firmly vowed to extinguish.

Example: I am a repeat offender of late night snacking while watching a mindless television series.

I’ll recommit to change and for a few days, maybe even a week, I’ll get into bed early sans snack, read a book and wake up early and rested.

It feels great! There’s my positive reinforcement that should help me stay true to the course.

But we all know how this story goes.

At some point, I justify a weekend “reward movie” while eating a sensible dinner. The associated dopamine release leads me back to the kitchen midway through…and we’re back to square one.

When the first brains formed more than 600 million years ago, those clumps of neurons allowed an animal to respond quickly and automatically to threats and opportunities in the environment. Dopamine was wired in to keep this primitive survival circuit flowing.

Sometime between 2 million and 40,000 years ago, humans developed language, and with it reasoning and conscious planning: new “control system” software layered onto a now very slick automatic processor.

Unfortunately, our shiny new control system requires a long neural pathway through the thalamus, the cortex and finally the frontal cortex of the brain, such that it can take a second or two to process new information. Meanwhile, the amygdala responds almost instantly, beating our higher intention to the punch.

“It’s hard for the controlled system to beat the automatic system by willpower alone; like a tired muscle, the former soon wears down and caves in, but the latter runs automatically, effortlessly and endlessly. Once you understand the power of stimulus control, you can use it to your advantage by changing the stimuli in your environment…”

Remember those marshmallow experiments conducted on 4-year-olds at Stanford in the seventies? Eat one right away, or wait and you get two. The tikes that waited were more successful on nearly every measure as they were tracked for more than 15 years.

The marshmallow champions didn’t have stronger willpower, they had greater emotional intelligence.

The children who waited used tactics that sidestepped the direct battle of will versus automatic programming, such as looking away from the temptation and thinking about other fun activities.

Lesson: When we go head-to-head with our automatic system armed with our concrete vow to change an entrenched pattern of behavior, we are betting on a losing horse. Instead, we can accept that our fairly new software is no match for the automatic processor and work with it, rather than against it.

If, like me, you would like to decrease a self-sabotaging behavior or thought pattern (often both are intertwined), we can begin with two basic emotional intelligence tactics right now:

Step 1. Remove the triggers from your environment.

In my late night snack attack example, I’ve found that I am both free of this behavior and sleep peacefully when my house is devoid of my would-be treats.

As a type 1 diabetic, I don’t have many unhealthy snacks in the first place, but I eventually had to look at the evidence in the cruel light of morning to accept that some of my “healthy” snacks had to go, such as those delicious garlic herb almonds from Costco.

In the case of several patients struggling with immobilizing levels of anxiety, initial relief has been reported almost immediately from taking a purposeful news break.

The constant flow of negative information was not empowering them to exert control over the uncontrollable in any way, it was simply spurring on fear and the resulting self-medicating behaviors to temporarily quell those fears.

Now, if your trigger is a loved one whom you cannot set greater boundaries with due to living (or quarantining) in the same space, might I recommend reading Loving What Is by Byron Katie, and seeking support from a talented family or couples therapist if the difficulties are significant or persist.

These relationships represent our greatest source of support and well-being, but without conscious self-work and nurturing, they can become our undoing.

I often refer to meditation as training a puppy.

Our automatic, reactive processor is that well-meaning puppy, but it can run amuck and create a mess.

I can train that puppy repeatedly to go to bed early with a book, and then with one mindless opening of the fridge during a vulnerable moment…squirrel! The gluttonous snack is devoured before I even have a chance to assess it against my long-term goals and spreadsheet plan.

Meditation helps us become wise trainers, teaching the puppy to pause. To come back to this moment for just those 1-2 extra seconds we need in order for the new information to get all the way to the frontal cortex where we can make a conscious decision rather than a knee-jerk reaction.

Additionally, in meditation, we can practice releasing attachments to the maniacal, never-ending compulsions of eat, procreate, fight/flight, repeat.

As we sit, we can discover contentment, curiously observing and continually letting go of the automatic processor’s primitive programming.

Watching our thoughts teaches us a lot about humility and patience as we witness from a distance the futile nature of our clinging.

That which we desperately seek or avoid, always creates more misery.

If I cling to feeling loved in my relationship, my automatic system will continuously scan for all signs to the contrary and I will drive wedges with my evidence.

If I cling to sleeping tonight after a bout of insomnia, I will paradoxically generate a host of anxious, wakeful thoughts about why I might not sleep.

If I shame myself for last night’s mindless show snack, I undoubtedly decrease my confidence and creative ability to play the game differently tonight.

And therein lies the crux of much of my work as a therapist and a fellow human being in progress: accepting that which we do not have control over, or that which we have limited control over in this case, such that we can let go of the fruitless shame, accept reality, and get smarter with our strategy.

Second marshmallow? I’m coming for you (but only hypothetically and never late at night).

A Resilience Check-up in the Midst of Crisis

Stabilizing Anchors in the Midst of Uncertainty

A Resilience Check-up in the Midst of Crisis

The Opportunity in Failed Resolutions