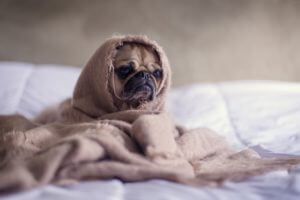 Question: I feel anxious during conflict in relationships and pursue resolution like a dog with a bone. Is this an ADHD thing? Are there healthy ways to cope when space is needed?

While ADHD may very well exacerbate conflict anxiety, this certainly isn’t exclusive to ADHD (if you want to dive deep on this particular vein – check out resources from Peter Shankman, author of Faster than Normal).

We all have different conflict resolution styles, informed by our histories with conflict, personalities, attachment styles, and self-understanding (ie. whether we’ve done some work on figuring out who we are, how we tick, and how to communicate all of that).

Gender-wise, men tend to want to fix the problem, duke it out, and get to resolution sooner rather than later. The masculine perspective can be more focused on the concrete, rather than the underlying swirl of emotions, fears and triggered beliefs that arise in relationship conflicts.

Women tend to need some space to sort through emotions so that they don’t feel out of control and feel heard (rather than fixed). The feminine perspective can be focused an entire universe of deeper implications beyond whatever triggered the conflict.

(And, of course, these are just gender tendencies, not rules. Many women tend toward a more masculine-typified response, and many men toward a more feminine associated style.)

For one person, the fight was simply about how to split up time with family over the holiday, so let’s just compromise and be done with this silly argument. It was just a fight, it doesn’t have mean anything except that.

For the other, the fight triggered anxiety about never being good enough and the way the argument played out reinforced a core belief that they aren’t worthy of being heard and respected. All of this leading to feeling out of control and then withdrawing from the interaction for “space.”

Neither are wrong. Both bring a beneficial perspective to the table.

Conflicts requiring space are rarely actually about the surface problem, and learning to do concrete problem solving effectively together is incredibly valuable as well.

Understanding your attachment tendencies can be helpful in recognizing why you or your partner pull away and ask for space, or hound the other down for resolution.

There are four basic attachment styles, with a breakdown and link to a quick quiz here if you’re not familiar yet.

An anxious attachment within either gender can result in seemingly intolerable anxiety in the midst of perceived abandonment. This can be crazy-making since it’s not logical, but our gut emotions have a strong pull!

On the other hand, a person with an avoidant attachment may, as the name implies, avoid conflict and vulnerability. They are more likely to ignore or disappear during these times. Ultimately fearing rejection if they remain vulnerable, it’s easier to preemptively reject the other.

The rare bird with an anxious-avoidant tendency is likely to maintain distance, while still wanting resolution and the associated return to homeostasis. They might then escape the discomfort of the immediate face-to-face argument, and then insist on talking it through over text or email where they have a sense of control over the process.

Within any conflict, there are at least two attachment styles present, so knowing yourself and getting to know the other person from a place of non-judgment is enormously helpful in understanding WHY we are triggering one another and HOW we can speak the language of the other to create the conditions for healthy conflict and resolution.

But find yourself in a conflict with someone of a different attachment style, and your reaction may be entirely different.

Given all of this, we can all take three basic steps toward preventing conflict in the first place, and fighting better when an argument does occur:

Step one: Become your own observer.

We must do our own work to understand ourselves, how conflict was role modeled to us as children, and what we need during conflict and why.

Step two: Become a nonjudgmental observer of others.

Step back. What do you know about the person you are in conflict with? What may have shaped their fears and beliefs about what is happening?

We can prevent a lot of harm by having vulnerable conversations with those we care about, to find out what they need and ask for what we need.

This can allow you to understand why your loved one seeks space so you can be more empathic and see space as a concrete step in the process.

On the flip side, they may better understand why you struggle to be in the discomfort of unresolved conflict and how they can obtain their needed space while meeting your need for reassurance by perhaps giving a time estimate or committing to circle back before the day is done.

Step three: Managing your own emotions while in conflict.

This is more tactical. All of the understanding in the world won’t necessarily change how you react when someone you care about pushes your buttons.

Daily meditation is a game-changing tool in relationships, especially if you doggedly pursue resolution and struggle to support the other’s need for space.

Meditation is the art of being our own observer, and it offers practice at being okay with stillness and discomfort, witnessing that it’s actually a productive space that’s healing rather than festering.

Beyond the daily maintenance tool of meditation, we can all benefit from a menu of go-to tools for coping with conflict anxiety in the moment, such as channeling that energy into a sweat session at the gym or free writing everything you’re so eager to say so that it can be set down. You could also go on a long walk, take a hike, wash the dishes or organize a closet.

All of these tactics are active mindfulness tools.

Anxiety and fear take our vision down to a pinprick, and the fight-or-flight physical response creates a natural self-centeredness, even though it’s misapplied.

We aren’t running from a tiger desperate to survive; we’re working out a holiday schedule. But the underlying beliefs and/or trauma that have triggered that rush of hormones don’t operate on logic.

Mindfulness tools allow us to sort through our emotions without judgment and work the problem until we’ve got a bigger picture view and can come back with empathy and authenticity.

Got a burning question I might be able to help with? Ask! You can post it in the comments, shoot me an email (em @ emcapito.com) or tweet me (@Em_Capito).

The Opportunity in Failed Resolutions

A Parable for the Lonely

Therapist Q&A: How do I find real, deep friendship?